EGYPT THEN AND NOW 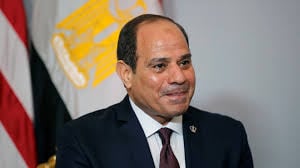 It is a great honor and a privilege to write this note to your honor. My name is Sabri Bebawi and I am only two years younger than you are. So, we are of the same great generation who know Egypt well and had lived in a great country not any different from France, Italy or England. Egypt was great then. No one knows how it has become such a chaotic country now; my only explanation is religion. Your Honor, whether the religion is Islam or Christianity, it does not matter; I believe everyone has the right to be stupid.  However, I do not think that anyone has the right to impose his or her stupidity on others.

I have a dream that you will one day declare Egypt a secular country where religion should be a private matter not a public display. I have the greatest respect and veneration for you General El-Sisi; you have always reminded me of the great president Gamal Abdul-Nasser who deeply cared for Egypt and its people. I believe you do, too. All my friends who visit Egypt come back with horror stories of listening to Quran everywhere including elevators and taxis. Almost everyone in Egypt, Christian or Moslem, has his phone ringing either Christian prayers or Islamic Prayer; this is insanity, not fanaticism. This has to stop, if not by reason, by law and order. Please issue a decree to make religious practices in public illegal and that, although all faiths must be respected, it is a private, not a public, matter.

We must face the truth and realize that Egypt’s demise is a direct effect of religious madness.  Population explosion with lack of resources, and in addition to a complete dependence on GOD has brought about disastrous effect that I, when I was a child, could see it coming, and that is why I left my beautiful Egypt 45 years ago and never looked back.  But Egypt is in me and I am a Copt and hate Christian madness- I am an original Egyptian who have always had great love and respect for Egypt.

General El-Sisi, you are our salvation. You must declare Egypt a secular country so that people focus on developing our homeland rather than wasting their time praying to God, but nothing was brought to Egypt but famine.

You Honor, I am not attacking one religion or another, I am stating a philosophical viewpoint that I wish you would consider.  You are a brave man who stood against the powerful evil of the United States which, through Hillary Clinton, tried to place a mentally challenged Islamist, Mohamad Morsi, into power; you have, fortunately for all Egyptians, succeeded and brought respect to our nation.

I thank you for reading and I wish you all the best as I haver always and will always admire you though I am now on my deathbed with serious diseases including cancer.